Everyone who had the pleasure of meeting Heather Roberts was instantly in awe of her.  All the positive adjectives in the world are not enough to describe her but a few that stand out would be generous, outgoing, courageous, and hilarious.

Heather was diagnosed with brain cancer in 2008 and started volunteering for GPPR a few years later amidst her battle.  Heather had a true soft spot for dogs and enjoyed transporting, babysitting, fundraising, attending events, and all other things GSP and pointer related, with her mother, Sue.

In 2013, a dog in need came across the volunteer page and Heather decided she was going to try her hand at fostering.  The dog’s name was Carter, and he was a malnourished, discolored, sack of bones, with hip problems to top it off.  Heather quickly “foster-failed” and adopted Carter in June of 2013.  She often joked that the two of them were meant to be because both of them had hip problems.  Heather even got Carter a stroller so they could take walks together around the neighborhood.  After many days of loving and many pounds gained, Carter began to struggle more.  It was ultimately discovered that he had a brain tumor, just like Heather.  Heather and her family loved him until his final days in July of 2014. 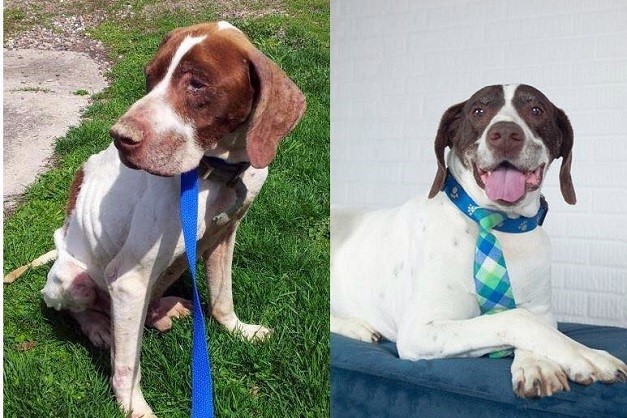 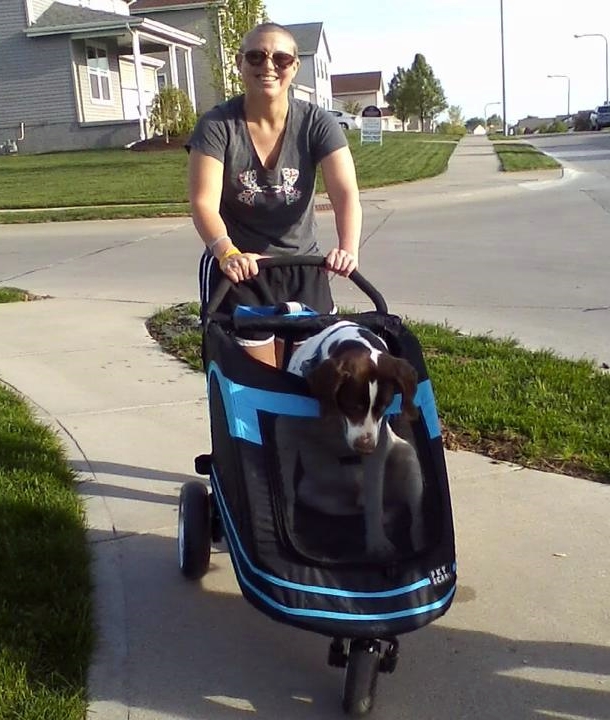 In honor of Carter, Heather offered her home to another foster, Lilly, in August of 2014.  We all joke that she fostered her for about 10 minutes before adopting.  In all reality, it was about two days.  Lilly was a young buck and kept Heather on her toes and everyone laughing. 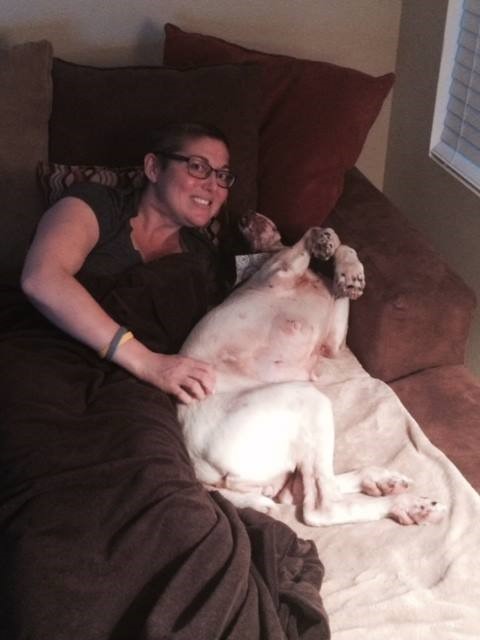 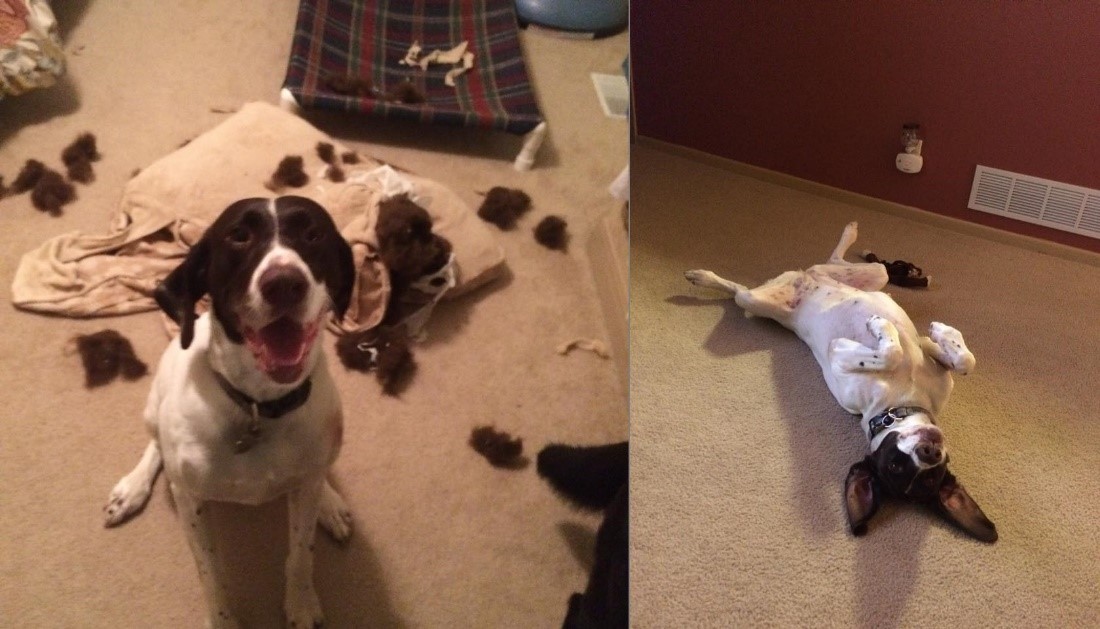 Heather lost her battle with cancer on November 8, 2016.  Even through her final days, there were a few things that stood out; her humor, love for family and friends, and her generosity.  Heather’s family now cares for Lilly, who keeps them on their toes and provides for continuous laughter as Heather would want.

One of Heather’s final wishes was that memorials be sent to one of two non-profit organizations she was involved with.  One of these was GPPR.  All donations made to GPPR in memory of Heather have been set aside in a special fund for special needs and senior dogs.  This will be known as Heather’s Legacy.  As these dogs are rehabilitated and adopted, the adoption donations will be placed back in the fund to continue the circle of care. Heather’s true legacy will continue on for many years to come.

The first Heather’s Legacy dog is Trixie.  As you can see in the photos below, she has a lot in common with Carter and will have a success story just like he did. We will continue to update the Legacy dogs. 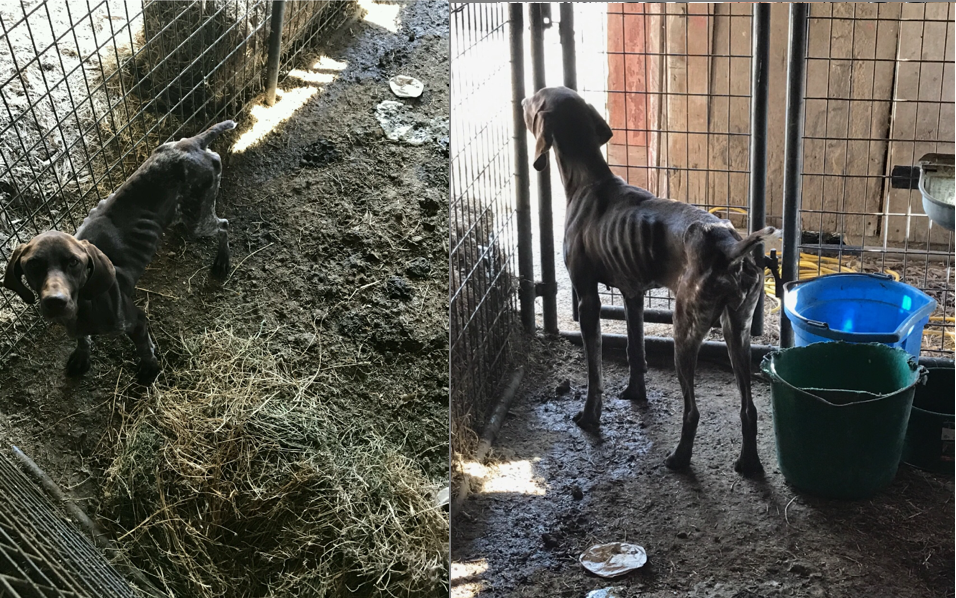 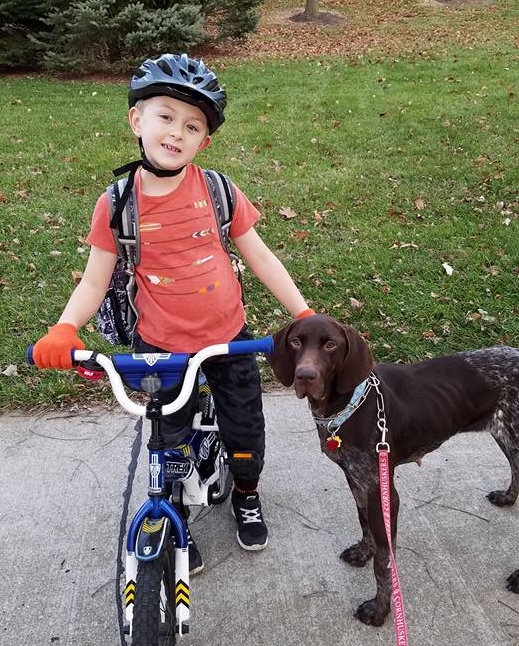 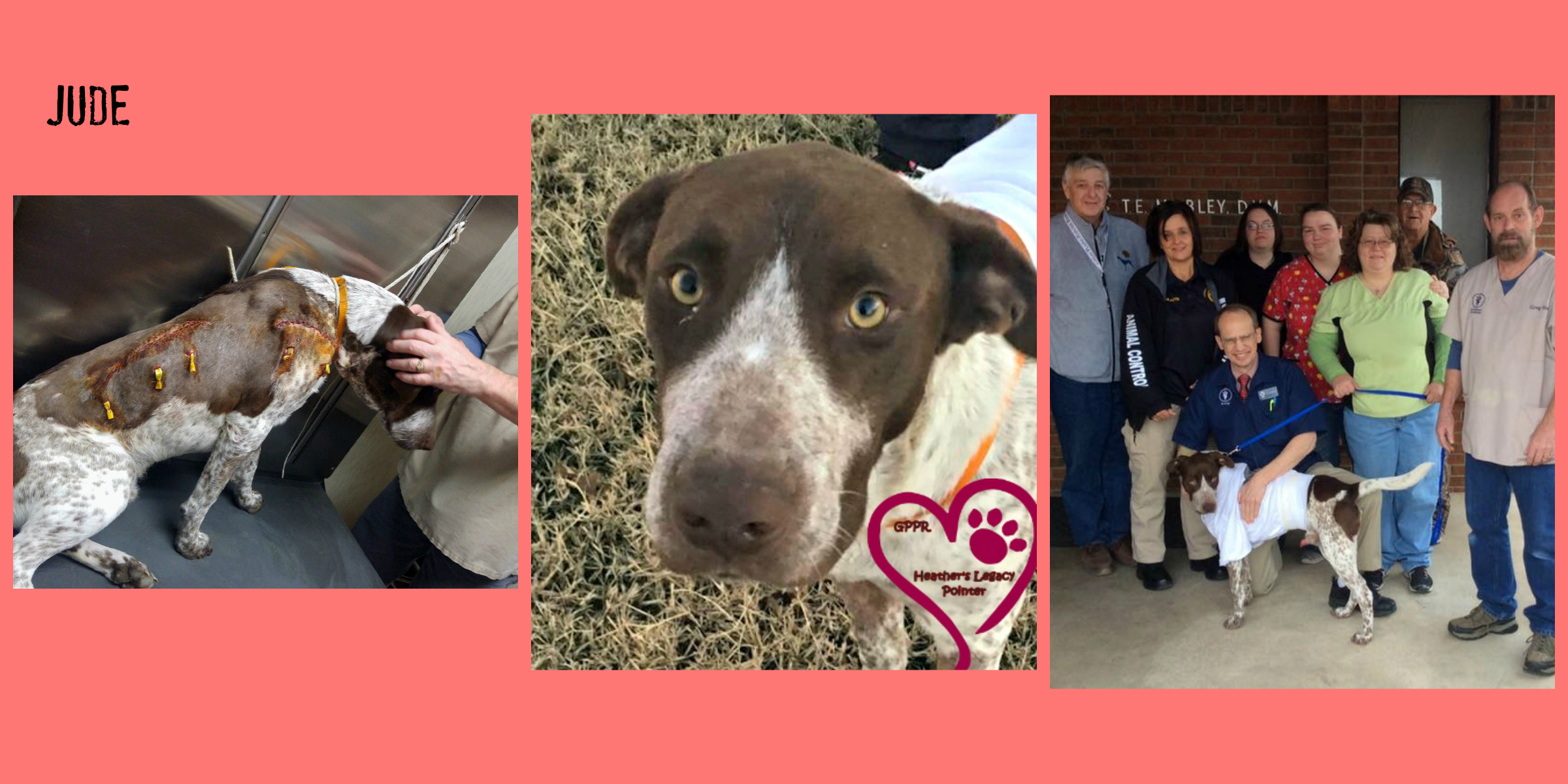 Meet Sophie! Found on the highway and networked through some rescue friends, Sophie made it into GPPR. She had 3 broken toes, underfed, a grade 6 murmur with an enlarged heart along with a few other ailments. Sophie is one of the most loving, happy, and wonderful girls we have had. 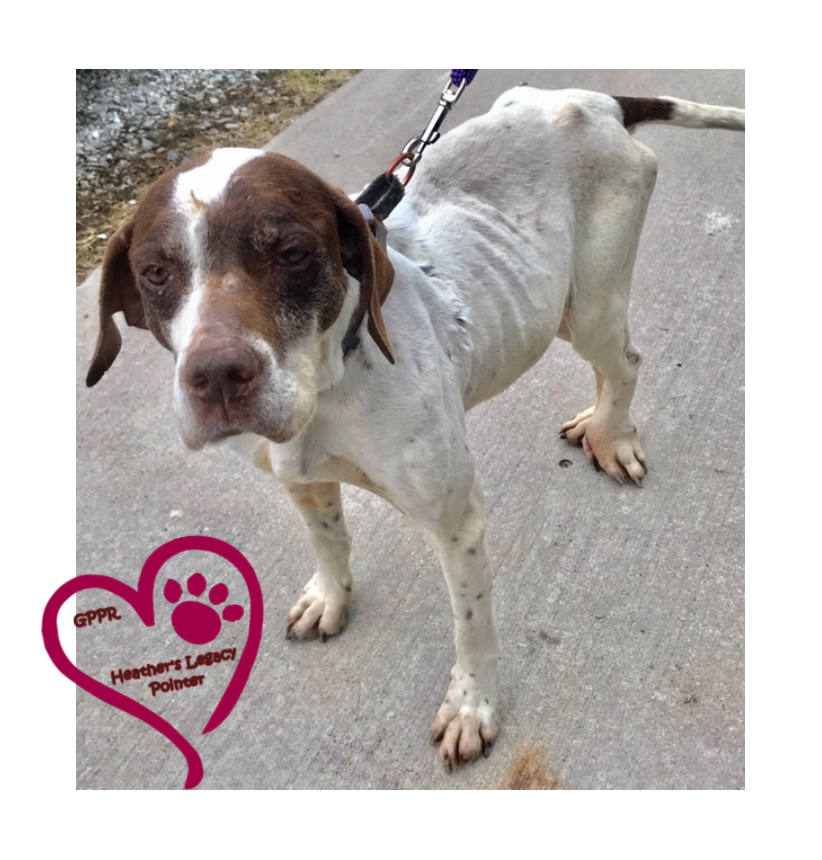 Angel is a senior GSP mix who has several health issues including diabetes, limited vision, and masses on her body. She does not let that deter her happy spirit, she is always wagging her tail and happy to be around. She loves to spend time sniffing in the yard and exploring the house. We look forward to helping her on her journey to being more active and feeling better so that her body can match her happy spirit! 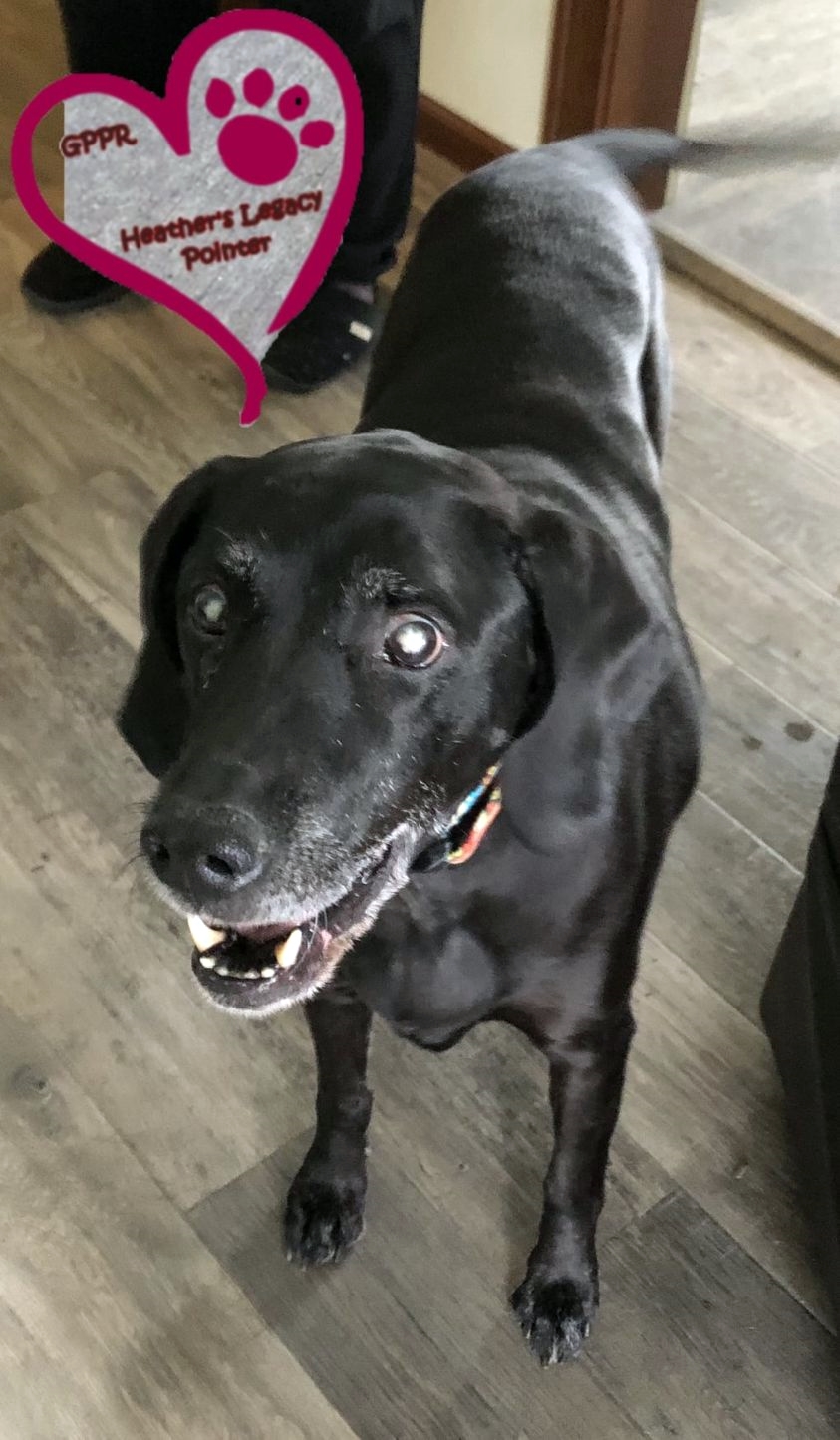 Heather, we promise to make you proud and continue your love and support of the dogs.  THIS is Heather’s Legacy and the foundation GPPR was built on.